You are currently reading
Using a Filco on a Mac?

This Karabiner script may be useful

I recently made the overdue conversion to a mechanical keyboard, the Filco Majestouch 2 Tenkeyless (with Cherry Brown switches). It’s an absolutely superb keyboard but I fancied customising it a little so went for some blank white custom keycaps. 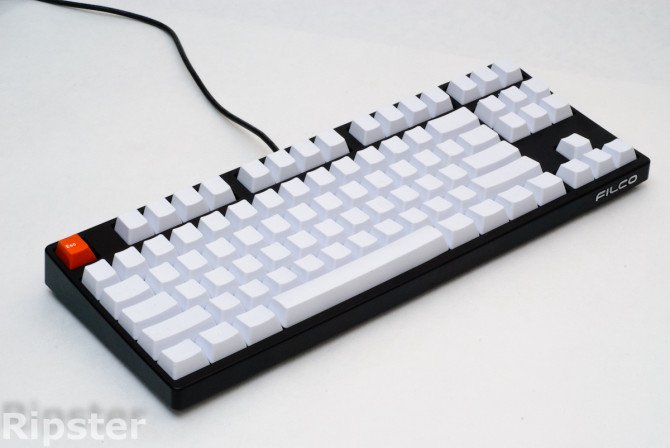 Anybody who has used a Filco or similar keyboard on a mac knows that you need to do some tweaking to get it to behave like a mac-native keyboard. Namely, switching the CMD and OPTION keys, and configuring the function keys as you prefer for controlling media, volume, etc. All of that is made fairly easy with this incredible little bit of software called Karabiner (previously KeyRemap4Macbook).

All was working perfectly, however it was bugging me that I had an entirely useless key – the PC’s Application Menu key – sitting on my bottom row getting no use, so I decided to map it to a key combination I use fairly regularly – minimise. I could have mapped it to expose, launchpad, dashboard, or any number of useful things, but they were already mapped to function keys and I’ve gotten quite used to where they are.

If you’re interested in doing the same, open your private.xml file (tutorial here) and paste the following code:

If you can think of anything better to use that key for, let me know. I’m tempted to try mapping it to Hash, as that’s quite a pain on macs, but I’ve already re-mapped the Back Tick to Hash and that works pretty well.